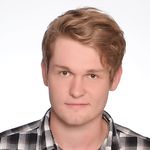 Probability is usually estimated as a quotient of successful attempts and total attempts. This article introduces my own formula, whose estimates are consistently better. The motivation for writing this paper was an effort to make the best possible predictions of the future shooting percentages of ice hockey teams, so this topic is used throughout the entire work. The topic of this paper is both relevant within a statistical context and, simultaneously, will also appeal to all involved with ice hockey in general. In the last section I explain the role of shot quality in the NHL and show the weaknesses of popular ice hockey statistics, such as the Corsi.