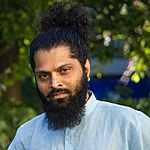 February 10, 2020
Tropical forests are experiencing unprecedented high temperature conditions due to climate change that could limit their photosynthetic functions. We studied the high temperature sensitivity of photosynthesis in a rainforest site in southern Amazonia, where some of the highest temperatures and most rapid warming in the Tropics have been recorded. The quantum yield (Fv/Fm) of photosystem II was measured in seven dominant tree species using leaf discs exposed to varying levels of heat stress. T50 was calculated as the temperature at which Fv/Fm) was half the maximum value. T5 is defined as the breakpoint temperature, at which Fv/Fm) decline was initiated. Leaf thermotolerance in the rapidly warming Southern Amazonia was the highest recorded for forest tree species globally. T50 and T5 varied between species, with one mid storey species, Amaioua guianensis, exhibiting particularly high T50 and T5 values. While the T50 values of the species sampled were several degrees above the maximum air temperatures experienced in southern Amazonia, the T5 values of several species are now exceeded under present-day maximum air temperatures.