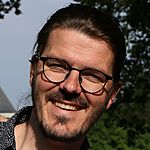 December 10, 2019
Plant-soil feedback is commonly pointed out as driver of plant community dynamics and species co-existence. However, experimental evidence for soil legacy effects of conditioning plant communities on responding plant communities under natural conditions is lacking. We conditioned 192 grassland plots with plant communities with different ratios of grasses and forbs and fast and slow-growing plants. Soil microbial legacies were most evident for soil fungi. Soil abiotic parameters did not change in response to conditioning. The soil legacies affected the composition of the succeeding vegetation. Plant communities of a specific functional type caused negative feedbacks on succeeding plants when they belonged to the same functional type. Richness, relative species cover and belowground biomass of the responding vegetation were all influenced by the growth rate of the conditioning community. We conclude that plant-soil feedbacks play an important role in vegetation assembly of natural communities.