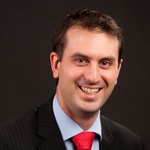 September 26, 2020
IntroductionLoss of smell is a common complaint in adults and yet has been underestimated. Anosmia, complete loss of smell, is thought to affect at least 1-5% of the population[1]. Based on European estimates, anosmia is more prevalent than profound hearing loss or blindness in the UK. Causes for olfactory loss are varied but the main diagnostic groups include sinonasal disease (62%) and post-infectious olfactory dysfunction (PIOD) (11%)[2]. Olfactory dysfunction has now emerged as a key symptom in the coronavirus pandemic and it is possible we may see a cohort of patients with lasting problems following the peak of the Covid-19 impact[3, 4]. Historically, there is wide variation in clinical practice reported by clinicians to patients on prognosis or treatment[5]. Guidelines for the overall management of olfactory disorders now exist in the Position Paper on Olfactory Dysfunction[6] and recently the British Rhinological Society has produced a consensus statement on managing Covid-related PIOD[7] but the impact of those guidelines have yet to penetrate routine clinical practice.Previously published data has shown the high impact on quality of life experienced by olfactory disorder patients, including depression, anxiety, impairment of eating experience, feelings of isolation and relationship difficulties[8, 9]. Most patients suffer a loss of flavour perception which can adversely affect their appetite, but this can be made even worse when parosmia is also present. Given the number of potential treatment options for PIOD that have been proposed but yet to undergo formal evaluation through a randomised clinical trial[10], there is a pressing need to deliver more RCTs in this area. A recent German study has highlighted Vitamin A as a potential therapeutic agent for further evaluation[11]. In anticipation of setting up a clinical trial to evaluate the role of vitamin A intranasally for PIOD we sought to generate evidence of need to funders through Public and Patient Involvement (PPI) in partnership with the charity Fifth Sense that represents patients affected by Smell & Taste disorders in the UK (www.fifthsense.org.uk).The aim of this study was to characterise the experience of patients with PIOD in terms of the treatment they received in order to demonstrate any unmet need.
Untitled Document

April 28, 2020
1. The age range of patients responding to the survey was 28-85 with a mean of 58\(\pm\)12 years with the duration of their disorder less than 5 years in 63% of cases. 2. Patients experience variable treatment, if at all, for post-viral olfactory loss 3. If treatment is given oral and/or intranasal steroids are typically given. 4. Several patients reported receiving imaging despite this not being clinically useful when there is a clear history and normal examination. 5. Over two thirds of patients experience parosmia and up to 5 years of the onset of the problem were still actively seeking a solution. Smoking as a modifying factor in chronic rhinosinusitis: Data from the Chronic Rhinos... May 22, 2020
Objectives The primary aim of the study is to provide recommendations for the investigation and management of patients with new onset anosmia during the COVID-19 pandemic Design After undertaking a literature review, we used the RAND/UCLA methodology with a multi-step process to reach consensus about treatment options, onward referral imaging. Setting and participants An expert panel consistent of 15 members was assembled. A literature review was undertaken prior to the study and evidence was summarised for the panellists. Main outcome measures The panel undertook a process of ranking and classifying appropriateness of different investigations and treatment options for new onset anosmia during the COVID-19 pandemic. Using a 9-point Likert scale, panellists scored whether a treatment was: Not recommended, optional, or recommended. Consensus was achieved when more than 70% of responses fell into the category defined by the mean. Results Consensus was reached on the majority of statements after 2 rounds of ranking. Disagreement meant no recommendation was made regarding one treatment, using Vitamin A Drops. Alpha lipoic acid was not recommended, olfactory training was recommended for all patients with persistent anosmia of more than 2 weeks duration, and oral steroids, steroid rinses and omega 3 supplements may be considered on an individual basis. Recommendations have been made regarding the need for referral and investigation have been made. Conclusion This study identified the appropriateness of olfactory training, different medical treatment options, referral guidelines and imaging for patients with COVID-19 related anosmia. The guideline may evolve as our experience of COVID-19 develops.
Is loss of sense of smell a diagnostic marker in COVID-19: A Systematic Review and Me...

April 22, 2020
Aims 1. To systematically review the currently available evidence investigating the association between olfactory dysfunction (OD) and the novel coronavirus (COVID-19). 2. To analyse the prevalence of OD in patients who have tested positive on Polymerase Chain Reaction (PCR) for COVID-19. 2. To perform a meta-analysis of patients presenting with olfactory dysfunction, during the pandemic, and to investigate the Positive Predictive Value for a COOVID-19 positive result in this population. 3. To assess if olfactory dysfunction could be used as a diagnostic marker for COVID-19 positivity and aid public health approaches in tackling the current outbreak. Methods We systematically searched MedLine (PubMed), Embase, Health Management Information Consortium (HMIC), Medrxiv, the Cochrane Library, the Cochrane COVID-19 Study Register, NIHR Dissemination centre, Clinical Evidence, National Health Service Evidence and the National Institute of Clinical Excellence to identify the current published evidence which associates coronaviridae or similar RNA viruses with anosmia. The initial search identified 157 articles. 145 papers were excluded following application of our exclusion criteria. The 12 remaining articles, that presented evidence on the association between COVID-19 and olfactory dysfunction, were critically analysed. Results OD has been shown to be the strongest predictor of COVID-19 positivity when compared to other symptoms in logistic regression analysis. In patients who had tested positive for COVID-19 there was a prevalence of 62% of OD. In populations of patients who are currently reporting OD there is a positive predictive value of 61% for a positive COVID-19 result. Conclusion Our review has shown that there is already significant evidence which demonstrates an association between OD and the novel coronavirus – COVID-19. It is unclear if this finding is unique to this coronavirus as individual viral phenotypes rarely present in such concentrated large numbers. We have demonstrated that OD is comparatively more predictive for COVID-19 positivity compared to other associated symptoms. We recommend that people who develop OD during the pandemic should be self-isolate and this guidance should be adopted internationally to prevent transmission.
Barriers to accessing healthcare in patients with olfactory and gustatory disorders

June 19, 2020
IntroductionBackground and rationaleSmell is the forgotten sense; even when facing a problem with their sense of smell, patients often struggle to get recognition, let alone diagnosis or treatment from healthcare professionals. Olfactory disorders are as common as profound hearing loss and blindness affecting an estimated 5% of the population1. Common causes of olfactory disorders include chronic rhinosinusitis, post-viral olfactory loss and post-traumatic olfactory loss2 as well as it being present in the majority of cases of Parkinson’s disease and common in Alzheimer’s disease. We are now also witnessing the rise of sudden onset anosmia as a marker of Covid-19 coronavirus infection3-9. It remains to be seen how many new cases of lasting olfactory loss will arise from those afflicted by the pandemic.Recent population studies have now identified anosmia as an independent risk factor for shortened longevity, even after controlling for dementia and cardiovascular disease10-13. It is not clear why this is so but may suggest that the olfactory system acts as a barometer of environmental impact on the central nervous system as a whole. As this phenomenon has been observed in several countries it clearly demonstrates that olfactory disorders deserve to receive greater attention than they currently do.Taste is often thought to be lost by those affected by olfactory disorders due to the misperception of retronasal olfaction as a “taste” sensation. In reality only a small percentage of people reporting a problem with their sense of smell or taste experience a true gustatory disorder, but due to this common misperception alongside the need to be representative of all patients with chemosensory disorders, it is always important to encapsulate both senses within any work of this kind.Fifth Sense, the UK charity for people affected by smell and taste disorders, was founded in 2012 when authors DB and CP met and agreed on the need for patient advocacy to tackle the unmet needs of patients affected by olfactory disorders. Since then, with the help of a growing membership, we have been able to characterise the significant impact of olfactory disorders on those affected14,15 and we have also become aware of the frustrations many members in their dealings with the medical profession and getting their sensory loss taken seriously15-17. In 2019, Fifth Sense was awarded a National Lottery Grant for £238,815 to enable it to develop and grow its work, including the establishment of a network of patient support hubs.ObjectivesFollowing on from the above, this study aimed to characterise the details of the difficulties faced by patients with olfactory disorders in accessing healthcare as a patient and public co-production18. This will help us jointly address these issues through the work of the National Lottery Grant in 2020-2023.
Qualitative Olfactory Disorders: Patient experiences and self-management

June 19, 2020
Key pointsQuestionWhat are the specific experiences of olfactory disorder patients affected by the qualitative symptoms of parosmia and phantosmia including both triggers for symptoms and self-help measures they have tried?FindingsParosmia was reported as a daily symptom in 67% compared to 31% for phantosmia. Only 4% of respondents reported having received any successful treatment for their qualitative symptoms and 58% reported having received no treatment whatsoever. Stimulating the nose with other smells was the most common self-management method despite 61% stating external odours as triggers for their symptoms.MeaningThe duration of qualitative olfactory symptoms, the relative lack of interest from medical professionals and the lack of therapeutic options for them mean there is a significant burden for these patients and further research for treatment options and coping strategies is needed.