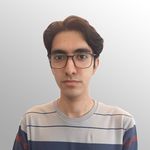 Milad Shirvaliloo
Medical Student
Born in 1997, I am a medical student from Tabriz, with a research interest in tumor biomarkers associated with early screening and detection of aggressive malignancies, such as lung and brain cancer.
Joined Jun 2020 · Tabriz, Iran

July 07, 2020
The unfortunate global outbreak of COVID-19 has had many implications in different aspects of public health, particularly mental and psychological wellbeing. Psychosis, or more specifically, schizophrenia, is a mental disorder of perplexing etiology, that has been said to occur partly due to genetic predisposition. Now amid the COVID-19 pandemic, new evidence suggests that there might be a genetic link between schizophrenia and SARS-CoV-2, the cause of COVID-19, that could have implications in the area of schizophrenia research.
Potential Antiviral Activity of Statins Against SARS-CoV-2 Through Inhibition of the...

June 23, 2020
Almost half a year into the COVID-19 pandemic, the one lesson that we all have probably learned is that the novel coronavirus infection is not an issue to be taken lightly. With millions of confirmed cases, and thousands of death reports, it has become absolutely clear that there is no magic bullet at our disposal in case of COVID-19. Due to the lack of medications specific to the etiological cause of COVID19, i.e., SARS-CoV-2, clinicians in all parts of the world are left with an exceedingly limited array of therapeutic options, that is mostly restricted to supportive and palliative care (Sheervalilou et al., 2020).To this date, several treatment modalities and numerous drugs of different classes have been evaluated for their efficacy in treatment of the novel viral pneumonia, with only a few of them showing promising clinical results. Despite the clinical administration of certain classes of drugs such as the antimalarial hydroxychloroquine, ACE inhibitors, and lopinavir/ritonavir, there is still inadequate evidence that would support their efficacy in treatment of COVID-19 (Sheervalilou et al., 2020). However, according to the most recent findings, statins or cholesterol lowering drugs might be of unappreciated therapeutic value in the ongoing fight against COVID-19. This is a possibility of great importance for individuals with atherosclerotic cardiovascular disease (ASCVD), who are most commonly treated with statins, and of course, fall into the category with an increased susceptibility to severe COVID-19 (Reiner et al., 2020).Traditionally known as cholesterol lowering drugs, statins do more than simply regulating the level of cholesterol in the blood, as they possess anti-inflammatory properties, and can potentially counteract the pathologies that might result in thrombotic events, e.g., septic shock (Angus & van der Poll, 2013). With their immune-modulatory functions, statins are thought to have the potency to interfere with the infectivity of several strains of viruses, as they can very well inhibit the processing of viral glycoproteins by disrupting the activity of the main viral protease. Impairment of the protease activity, and the consequential fall in the amount of processed glycoproteins are postulated to be the mechanisms behind the unappreciated antiviral effects of statins (Shrivastava-Ranjan et al., 2018).In the case of coronaviruses, the main protease or “Mpro” is a cleaving enzyme, that leads a prominent role in the maturation of viral glycoproteins. The enzyme has been indicated to be a potential target of antiviral medications, that seek to halt further spread of the infection by stopping the cleaving of polyproteins, that are basically the precursors to viral glycoproteins (Xue et al., 2008). This could be the reason behind the potential efficacy of statins as a treatment option for COVID-19. The recent successful attempt at crystallization of the Mpro of SARS-CoV-2 paved the way for a study to investigate the effect of statins on the novel coronavirus. The study measured the affinity of several well-known statins including rosuvastatin, pitavastatin, fluvastatin, and lovastatin, along with a few others, as standard ligands to a certain receptor, that in this case was the SARS-CoV-2 Mpro (Reiner et al., 2020).Known previously to have antiviral activity against Ebola virus (Fedson, 2014), statins can bind to the Mpro of SARS-CoV-2 with a higher affinity than that of the protease inhibitors. This is a groundbreaking finding in several contexts, indicating the potential therapeutic value of statins in the treatment of COVID-19, as these cholesterol lowering drugs are possibly capable of stopping the replication of SARS-CoV-2. Arguably, the most optimal results are achieved with pitavastatin, as it binds SARS-CoV-2 Mpro with a binding energy higher than that of the other statins, e.g., rosuvastatin, fluvastatin and lovastatin.Statins comprise the primary line of treatment for individuals with familial hypercholesterolemia, which is one of several underlying conditions that predispose the patients to acute cardiovascular complications, ultimately putting them at an increased risk of severe COVID-19 (Vuorio, Watts, & Kovanen, 2020). The anti-inflammatory properties of statins, along with their regulatory effects on the immune system, and potential antiviral activity against SARS-CoV-2, collectively comprise an incontrovertible body of evidence that warrants further clinical research, especially in the case of pitavastatin.Keywords : statins, Mpro, pitavastatin, SARS-CoV-2, COVID-19
Potential Effectiveness of Bromhexine Hydrochloride as an Affordable Over-the-counter...

June 15, 2020
Since the early 2020, many countries around the world have become afflicted with COVID-19, a respiratory infection caused by SARS-CoV-2, that rapidly turned into an overwhelming pandemic, comparable to devastating outbreaks such as the Spanish flu. As the well-funded investigational efforts to develop preventive strategies and therapeutic agents continues in the developed countries, new concerns regarding the prospective waves of coronavirus infection arise in the developing countries, which simply do not have access to effective treatments that have been adopted in the modern world. However, based on the most recent evidence regarding the pathogenesis of SARS-CoV-2, there is hope that certain cost-effective medications, such as bromhexine hydrochloride, might actually prove useful in containment of COVID-19, either as an outpatient treatment or a prophylactic measure.Shortly after the publicity of COVID-19 outbreak, numerous investigations were conducted on almost every aspect of the novel coronavirus, particularly the pathogenesis of SARS-CoV-2. A number of studies reported that the virus made its entry into the cell by means of Transmembrane Serine Protease 2 (TMPRSS2), among several other receptors, most notably, Angiotensin Converting Enzyme 2 (ACE2) (Hoffmann et al., 2020). This was mostly similar to the entry mechanism adopted by SARS-CoV and MERS-CoV, as both strains were reported to have interactions with TMPRSS2, which ultimately resulted in the entry of the virus to the susceptible host cell, following the activation of Spike or S protein of the virus (Shen, Mao, Wu, Tanaka, & Zhang, 2017). Similar results involving TMPRSS2 have also been documented with VeroE6 cells, as expression of TMPRSS2 in these cells rendered them highly susceptible to SARS-CoV-2 infection (Matsuyama et al., 2020).It is speculated that ACE2 and TMPRSS2 function together in favor of SARS-CoV-2 cell entry, with the former binding to the S protein on the virion, and the latter priming it, so that the virion can enter the cell. During the priming, TMPRSS2 cleaves the S protein at the S1/S2 arginine-rich site of the viral protein. However, the action of TMPRSS2 does not seem to be solely restricted to processing of the S protein, as it was indicated that this serine protease might also be involved in regulation of the assembly of viral particles in the Golgi apparatus, before the virions can be expelled from the cell (Hoffmann et al., 2020). Investigations on the expression profile of TMPRSS2 and ACE2 in the bronchial and alveolar tissue of the lung indicated that TMPRSS2 can be found in both cell types, however, ACE2 is chiefly produced by transient secretory cells located in the subsegmental bronchial epithelium (Lukassen et al., 2020). Since it is more widely distributed in the lung, TMPRSS2 can be regarded as a key factor involved in the pathogenesis of SARS-CoV-2, which can be duly inhibited by specific drugs that have been in use for a long time, particularly bromhexine hydrochloride.Most commonly recognized as an expectorant or cough syrup, bromhexine hydrochloride is a mucolytic drug known to many communities since its introduction back in 1963. As the drug class “mucolytic” might suggest, bromhexine is often prescribed for treatment of illnesses associated with excessive production of phlegm, as a result of disturbances in normal mucous secretion by the secretory cells in the epithelium of the bronchi. An investigation in 2014 on prostate cancer metastasis revealed that bromhexine hydrochloride possessed certain properties that made it a potent inhibitor of TMPRSS2, selectively targeting the transmembrane serine protease 2 with an IC50 of 0.75 μM (Lucas et al., 2014). This finding is of crucial significance now, as TMPRSS2 is widely expressed in the lung, and has been indicated to be involved in the cell entry of the novel coronavirus (Lukassen et al., 2020).As a mucolytic drug, bromhexine hydrochloride comes with several important advantages. It is an over-the-counter (OTC) drug, that can be purchased without a prescription. It is an affordable medication, that is well tolerated by most of the patients, and has not been known to cause any major adverse effects (Depfenhart, de Villiers, Lemperle, Meyer, & Di Somma, 2020).As Dr. Tedros Adhanom Ghebreyesus, World Health Organization (WHO) Director-General, said “Pandemic is not a word to use lightly or carelessly.” The COVID-19 pandemic has indeed posed a great challenge to the entire world, but more importantly, the developing countries and the less fortunate communities, that are struggling to contain the insidious outbreak. Due to the scarcity of the recently developed treatments and also the long-known expensive medications, it is totally clear that cheaper and more affordable methods should be adopted by the underdeveloped countries. With due attention to the safety of bromhexine hydrochloride, it might be a reasonable strategy to adopt this medication for outpatient management of patients with mild disease, or even advise to use it as a prophylactic measure to communities that might be in great risk. It must be clarified that despite the evidence discussed in this paper, precise clinical trials are required to appraise the effectiveness of this long-known mucolytic drug in treatment of COVID-19, and potentially prophylaxis against it.Keywords : Bromhexine, SARS-CoV-2, TMPRSS2, ACE2
Potential Efficacy of Thymosin α1 in the Treatment of Lymphocytopenia and T Cell  Exh...

July 03, 2020
It is not unbeknownst to us that since the very onset of the COVID-19 outbreak, many patients from different age groups have suffered greatly, and in a remarkable number of cases, succumbed to their untimely demise as a result of infection with the novel coronavirus or SARS-CoV-2. The elderly are perhaps the most vulnerable group of people, who stand at the pinnacle of morbidity and mortality rates due to contracting severe forms of COVID-19. Hopefully, based on the recent findings and the present evidence, there might be a number of medications that would possibly be of great prophylactic and therapeutic value to the elderly patients diagnosed with COVID-19. According to an interventional study, Thymosin α1 is arguably one such medication that has recently been indicated to be an effective therapeutic agent for inpatient correction of lymphocytopenia and T cell exhaustion caused by COVID-19.