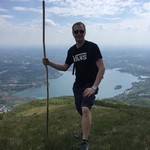 Advantages of homologous recombination- over transposition-based systems to generate...

May 19, 2020
Viral vectors have a great potential for gene delivery, but manufacturing at pharmaceutical scale is a big challenge for the industry. The baculovirus-insect cells system is one of the most scalable platforms to produce clinical grade recombinant Adeno-Associated Virus (rAAV) vectors, however, the standard procedure to generate recombinant baculovirus based on Tn7 transposition is time consuming and still suffers technical constraints. Indeed, we recently shown that baculoviral sequences adjacent to the AAV ITRs are preferentially encapsidated into the rAAV vector particles. This observation raised concern about safety for clinical applications due to the presence of bacterial and antibiotic resistance coding sequences with Tn7-mediated system for the construction of recombinant baculoviruses. Here, we investigated a faster and safer method to generate baculovirus reagents based on homologous recombination (HR) for its use in rAAV manufacturing compared to the Tn7-based system. First, we confirmed the functionality of inserted cassette and the absence of undesirable genes into HR-derived baculoviral genomes. Strikingly, we found that the exogenous cassette shown an increased stability over passages when using HR system. Finally, we tested these materials to produce rAAV vectors. The baculoviruses originated from either system lead to high rAAV vector genome yields, with the advantage for the HR method being that the rAAV lots are exempted of undesirable gentamycin and kanamycin genes derived sequences which provides an additional level of safety for the manufacturing of rAAV vectors. Overall, this study highlights the importance of the upstream process and starting biologic materials to generate safer rAAV biotherapeutic products.