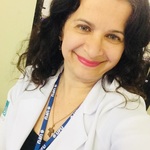 June 09, 2020
AIM In university hospital settings most prescriptions are written by junior doctors, who are more likely to make mistakes than experienced doctors. Prescribing errors can cause serious harm to patients. In Brazil, few studies have investigated the causes of these errors. Our aim was to investigate the causes of prescribing errors from the perspective of junior doctors. METHOD Qualitative, descriptive and exploratory study that used a semi-structured individual interview with questions related to the planning and execution of prescriptions. It was conducted with 34 junior doctors who graduated from twelve different universities located in six Brazilian states. The data were analyzed according to the Reason's Accident Causation model. RESULTS Among a 105 errors reported, medication omission stood out. Most errors resulted from unsafe acts during execution, followed by mistakes in planning and rule violations. Many errors reached the patients, rule violations and slips accounted for the majority. Work overload and time pressure were the most frequently reported causes. Difficulties faced by the National Health System and organizational problems of the institution were identified as latent conditions. CONCLUSION The results reaffirm the multifactorial causes of the errors. Unlike other studies, the large number of violations may be related to the misuse of junior doctors to fill gaps in the health system combined with inadequacies in the prescription and training systems. We suggest conducting other local or multicenter studies to investigate cultural and contextual aspects that help to understand the causes of prescribing errors in Brazil and other low and middle-income countries.